This summer I taught a jewelry making course to kids, and one of my favorite projects was embroidery thread wrapping. It's pretty, simple, and fun. Seven year olds were making headbands for themselves that looked just like the ones J.Crew was selling! Here's how you do it for yourself... 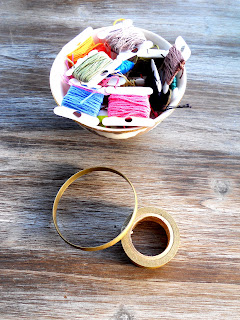 Step one: Agonize over your color choices. (Maybe that's just me...)

Step two: Cut a strand of your first color. The thicker the stripe of color you want, the longer your strand of thread should be. For my bracelets, I cut pieces between 8 inches and one foot long.

Step three: Tape one end of your thread to your bracelet. Leave the other end loose, like a "tail'. 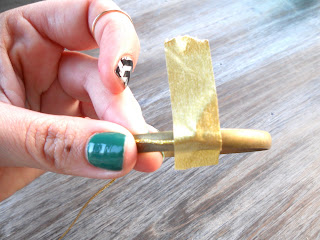 Step four: Wrap the tape tightly around your bracelet. 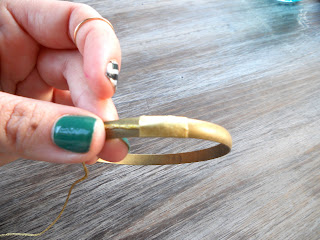 Step five: Begin wrapping the thread around the bracelet, covering up the tape. Make sure to keep the thread tight as you work, or else it'll come unraveled. (This is much easier than it looks in the pictures. I had to do all the work with one hand, so I could photograph with the other! With two hands, it's easy-peasy.) 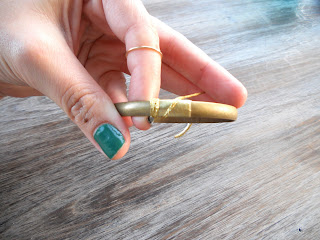 Step six: When you're ready to change colors, cut a new piece of thread and a small strip of tape. Use the tape to cover the end of your old thread and stick down your new thread, with the end hanging out the top, so you can cover the tape later. 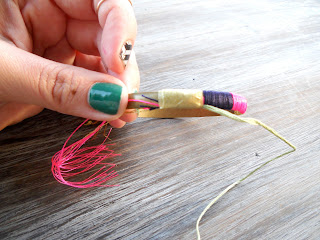 Step seven: When you've covered your entire bracelet, tie a few knots. In the picture below, I've formed a loop behind the bracelet. I'll cross my thread in front of the bracelet and stick the end through loop before pulling tight. Then I'll do a few more knots the same way. 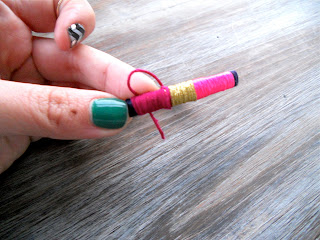 Optional step eight: You can also coat the end (or even the whole thing!) with clear drying glue, modpodge, or nail polish to seal it in place, if you want, but it's not necessary. 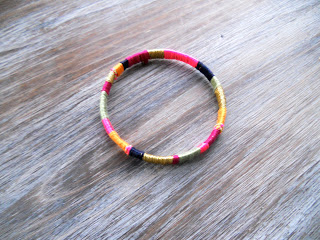 Here's everything I've made so far. I even got fancy on my sunglasses! It's removable, should I ever change my mind. 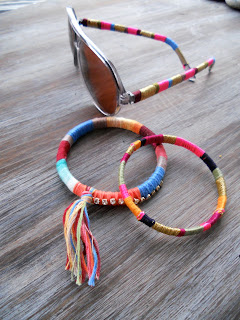 Look at the way my new wrapped bracelet mixes with the others! ♥ 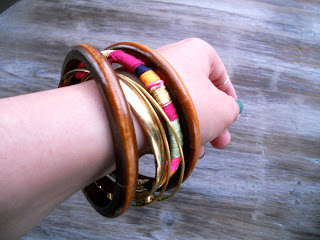 And just for fun, here's a few other wrapped items that I've seen out there: 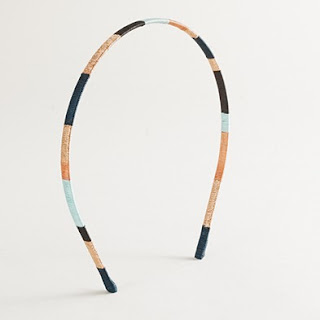 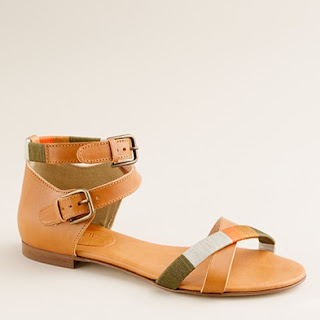 This belt is $70 at Cold Water Creek, but you could make one for a lot less! 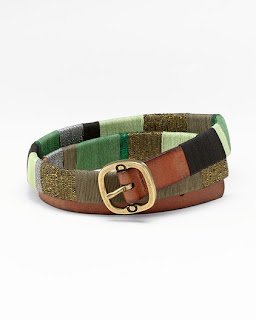 Denise Sharp of D. Sharp Journal made this wreath. She has a tutorial here. Rachel of Always a Project made this necklace by wrapping washers! She has a tutorial here. 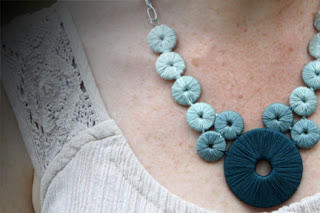 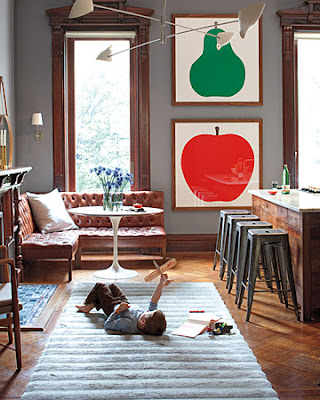 Emily @ Little Bits of Delight
Hi there! I'm Emily. I write this blog to share the little bits that delight me - design, crafts, organization, tasty bites, and my city, San Francisco. Hopefully it'll all delight you, too!